CharterBank v. Zachos, Okaloosa Circuit Court.  Tasha argued a summary judgment motion which resulted in a summary judgment award in her client's favor of $4.9 million in a complex business debt case involving financial misappropriation by other parties against her client.

In re Seaside Engineering & Surveying, Inc.  Tasha presented expert valuation testimony and argument in a contested hearing which resulted in a favorable holding that allowed for the confirmation of a highly contested Chapter 11 plan. The presiding US Bankruptcy Judge has referred to this case as the most highly litigated bankruptcy case he has presided over since he has been on the bench.  Tasha also defended the Chapter 11 Debtor through briefing and oral argument before the 11th Circuit Court of Appeals in Atlanta, Georgia, which affirmed the U.S. District Court's and the U.S. Bankruptcy Court's rulings. The 11th Circuit's opinion definitively established the Bankruptcy Court's authority to issue non-debtor releases or "bar orders" in Chapter 11 cases throughout the Circuit.

Bank of New York Mellon v. Waldner.  Tasha argued and obtained a successful dismissal of the case under the novel legal theory that a revolving line of credit is not a "negotiable instrument" under the Florida UCC.

Before Zalkin Revell
Following law school, Tasha clerked for the Honorable Harold M. Fong, US District Judge, Honolulu, HI. She then worked for several years as an associate attorney at the law firm of Cravath, Swaine & Moore, New York, NY in the area of commercial litigation.

Notable cases include Continental vs. American Airlines, a significant antitrust case, and United States v. Chandler. Tasha was appointed by the U.S. Court of Appeals for the Eleventh Circuit to represent the appellant in the Chandler case (the first Federal Death Penalty Case litigated by the US Government). Tasha received the Prestigious Thurgood Marshall award for excellence in capital representation in connection with her work on the Chandler case which resulted in a Presidential commutation of sentence on grounds of actual innocence on the eve of a Petition for Writ of Certiorari before the US Supreme Court.

Today, Tasha fights for families, professionals and business people who struggle under the burden of overwhelming debt to get a new vision of a secure financial future.

Natasha Z. Revell ("Tasha") represents clients in bankruptcy cases ranging from complex Chapter 11 reorganizations involving multiple adversary actions to individual Chapter 7 cases.  She also represents clients before federal and bankruptcy courts in contested adversary cases and litigation, motion practice, and bankruptcy appeals.  She has a passion for helping families, professionals and business people to rebuild their financial futures and for restructuring businesses to save jobs and livelihoods in the local community. 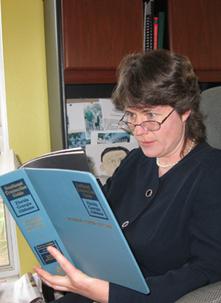 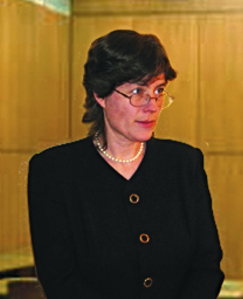 Click for Free Advice or to Ask a Question